The Astrakhan region has become a platform for communication and exchange of experience in the professional media community of the Caspian countries for the sixth time. Governor of the Astrakhan region Igor Babushkin greeted the participants of the Caspian Media Forum and expressed deep gratitude to the representatives of Azerbaijan, Iran, Kazakhstan and Turkmenistan for finding the opportunity to visit the region in difficult times. 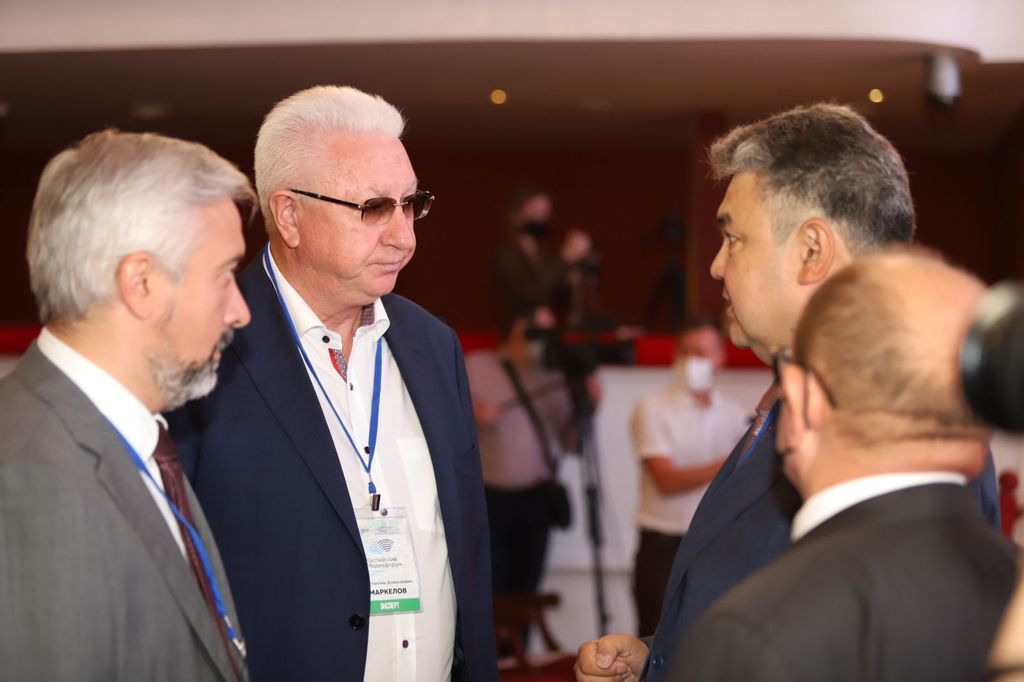 This year, the main topic of the forum is “Tourism and ethno-cultural communications in the media space”. For the bordering Astrakhan region with its unique geographical position, it is very important to develop its tourist attractiveness, to implement large projects in the humanitarian sphere, positioning itself as the gateway to Russia in the Caspian Sea.

Russia and the Astrakhan region in particular have long-standing good-neighborly relations with all the Caspian countries. Trade turnover is increasing, joint projects in the economic sphere are being implemented, and education, health care, sports and culture are developing.

Today, hundreds of cultural heritage sites are concentrated on the territory of the region; unique architecture has been preserved. The main tourist attraction is the Astrakhan Kremlin.

Along with the rich historical and architectural heritage, the region has unique natural sites, which makes it attractive for cultural, ecological, agricultural and other types of recreation.

Astrakhan hotels and restaurants are ready to welcome tourists from the Caspian countries, taking into account their national and religious characteristics.

“We are confident that tourism in the Astrakhan region can and should become the leading sector of the economy,” said Igor Babushkin. “So, for example, sea cruise tourism can become one of the priority and attractive directions for investors. Many are well aware of the famous Volga cruises, which were very popular during the Soviet years. Today they are in demand again. About 12 thousand tourists from different cities of Russia arrive in Astrakhan on motor ships every year. Therefore, we want to further develop the sphere of cruise shipping, not being limited only to river routes. Moreover, the convenient location of the region is an excellent opportunity for organizing trans-Caspian travel."

Today, the cruise liner "Peter the Great" is being built at the Astrakhan shipyard. It is planned that the ship will cruise along the Volga and the Caspian Sea, delivering tourists to the shores of neighboring states. There will be additional opportunities for a comfortable and educational stay. The rich historical and ethno-cultural ties of the ‘Caspian Five’ countries will reach a new level.

According to representatives of all Caspian countries, this topic deserves special attention, because the development of human civilization is impossible without a tolerant attitude towards representatives of neighboring peoples, as well as their religions and traditions.

The most important priorities of the Concept of Cross-Border Cooperation, approved by the Government of Russia in 2020, are strengthening ties between the border territories of Russia and neighboring countries, promoting economic and humanitarian contacts, and developing infrastructure.

It is planned to create a Caspian cultural and educational cluster for their implementation in the Astrakhan region. Similar projects are already being implemented in four Russian regions. But the Astrakhan government will go even further and launch an even larger international project. In addition to organizing branches of the largest theaters and museums in Russia, the cluster will include an interuniversity scientific and educational campus for training highly qualified specialists in the field of culture and arts from the Caspian countries.

As a result, the region will be able to become the largest center for the development of humanitarian ties, securing the status of a priority geostrategic territory. This will make it possible to more actively implement international projects, and, at the same time, expand the opportunities for international tourist exchange, increase respect for the national, cultural and religious diversity of the ‘Caspian Five’ peoples. 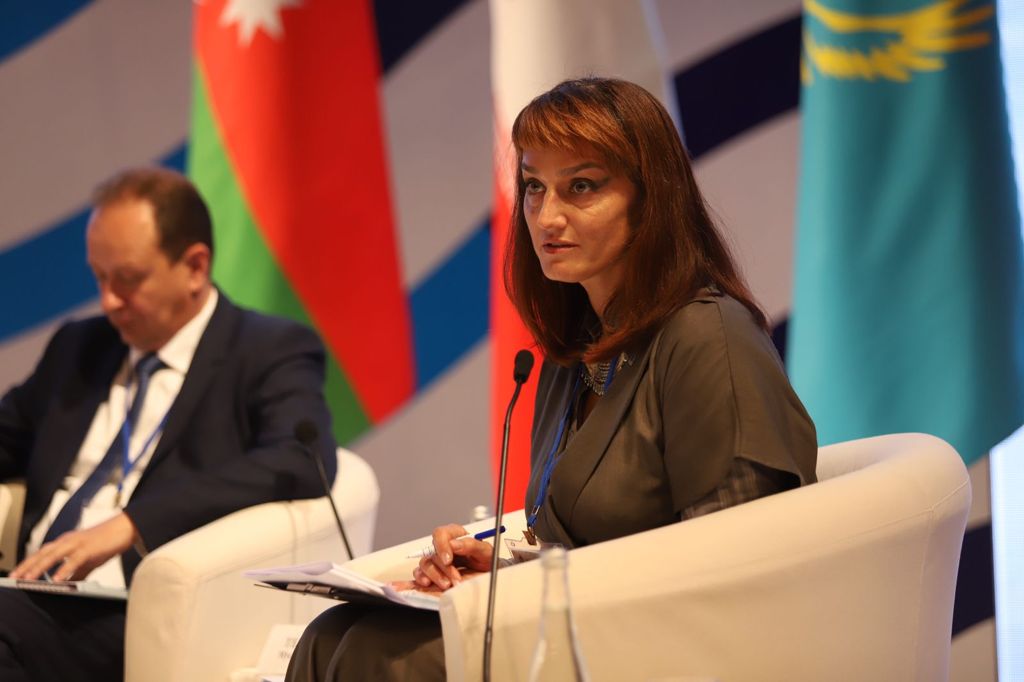 “Of course, the most important role in this is played by the media, both traditional and modern social ones. They have a significant impact on the opinion of society, the establishment of interethnic and multicultural contacts,” the head of the region addressed the Media Forum participants. “Therefore, I very much look forward to continuing close cooperation between our countries in public space, actively disseminating information about the traditions and culture of peoples, launching joint educational projects and training programs. I am sure this will accelerate the integration processes in the Caspian Sea and will serve to further strengthen international relations, and most importantly, peaceful neighborhood, friendship and mutual trust of our peoples.” 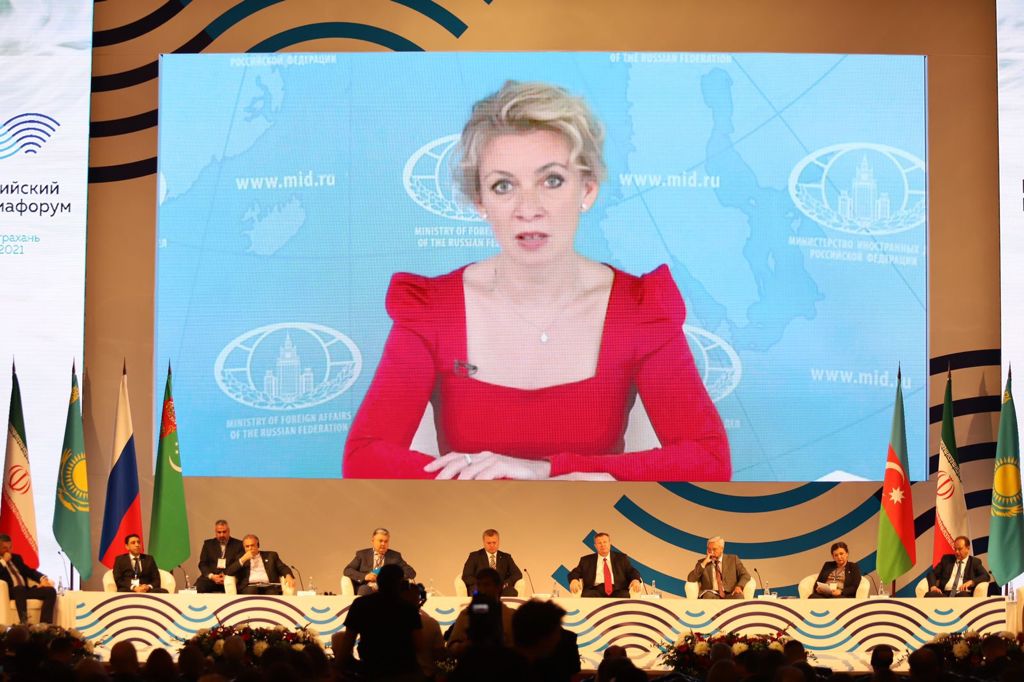 Maria Zakharova: "Development of tourist infrastructure between the Caspian countries can become a catalyst for the development of other spheres of international interaction"

The participants of the Caspian Media Forum welcomed by Sergey Lavrov, the Minister of Foreign Affairs of Russia

Caspian School of Volunteering The Meridians of Goodwill began its work